Starting a blog when you feel like you don’t really have much to say about anything is pretty hard!

Let’s start with the basics, shall we?

Hi there. My name’s Alex, I’m 22 and I’m a newcomer to the leisure industry in general. You might be a bit surprised to read that I’m so young, and indeed, I had no previous plans or aim to enter such an industry either. Life has many twists and turns, most of them unexpected, and so here we are. I have to say – It’s been pretty damn interesting so far.
As you would expect, starting work in an industry you barely knew existed can bring quite a bit of change. Not only do you have to learn all of the brand names, products and a long list of jargon, but then there’s also a slew of other information to take in, such as how certain products are fitted, the existence of “Type Approved” tow bars…all the inner workings that most people wouldn’t even begin to think about. Or maybe they would – again, I wouldn’t exactly know yet, since I’m still a 100% certified newbie to the industry.

And you would think that, being so young, that a lot of the stuff we sell and fit would be utterly boring to me. But not so; in fact, it’s been rather fascinating to me as a whole. For example, take the Ma-Ve hydraulic leveling system. That thing is not only revolutionary in its design (judging from the promotional text and also compared to other systems), but it’s really impressive in just how solidly it holds this massive vehicle steady even when the added weight of people are milling about inside of it. And outside of the levelling systems, satellites, tow bars and everything else we sell, it seems like there’s still a lot of stuff I have to learn with regards to both rival products and other various add-ons that can be installed onto (or into) a motorhome.

I’d like to just mention something before signing off here. My prompt for this blog (which, from this point forward will be more me talking about a specific product from my own point of view) was “A young person’s view on the first weeks working in an old person’s industry”. You might have noticed but I’ve barely touched on the actual prompt, instead choosing to simply discuss the industry at large neutrally, with a touch of “Wow, I’m Young!” This is mainly because, quite frankly, age is an irrelevant factor for me here. I mean, you’re reading the blog of someone who has this weird obsession with watching old TV adverts from the 80s and listening to soft rock from the 70s. So, whilst the leisure industry is by are large enjoyed by older people rather than my own demographic…I don’t really mind that. It makes things a bit more comfortable, I think, not to mention that everything about going on holiday in a Motorhome sounds very much my pace of things.

So, I guess that’s kind of all I have to say for now.

Apologies for the rather awkward writing, but as I said, I’ve sort of had to fudge this post a bit. Whilst I have been working here for about four weeks now, I still don’t feel like I’ve learned quite enough to be able to confidently talk about the prompt I was given. But do bear with me – eventually I’ll get the knack of this and we’ll be chatting like we’ve known each other for years. …Or something to that extent. I’m not sure. Is that weird? It might be weird. Look, whatever, basically you’re lumped with me now no matter what. I’ll see you again in a month or so. Cheers! 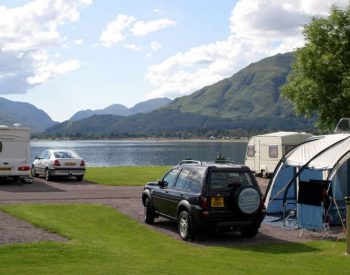 The joys of taking on a manufacturer and the setup

Staying on the Level

This website uses cookies to improve your experience while you navigate through the website. Out of these cookies, the cookies that are categorized as necessary are stored on your browser as they are essential for the working of basic functionalities of the website. We also use third-party cookies that help us analyze and understand how you use this website. These cookies will be stored in your browser only with your consent. You also have the option to opt-out of these cookies. But opting out of some of these cookies may have an effect on your browsing experience.
Necessary Always Enabled
Necessary cookies are absolutely essential for the website to function properly. This category only includes cookies that ensures basic functionalities and security features of the website. These cookies do not store any personal information.
Non-necessary
Any cookies that may not be particularly necessary for the website to function and is used specifically to collect user personal data via analytics, ads, other embedded contents are termed as non-necessary cookies. It is mandatory to procure user consent prior to running these cookies on your website.
SAVE & ACCEPT

About us
Service
Gallery
Q&A
Partners
Contact us
Collection & Delivery